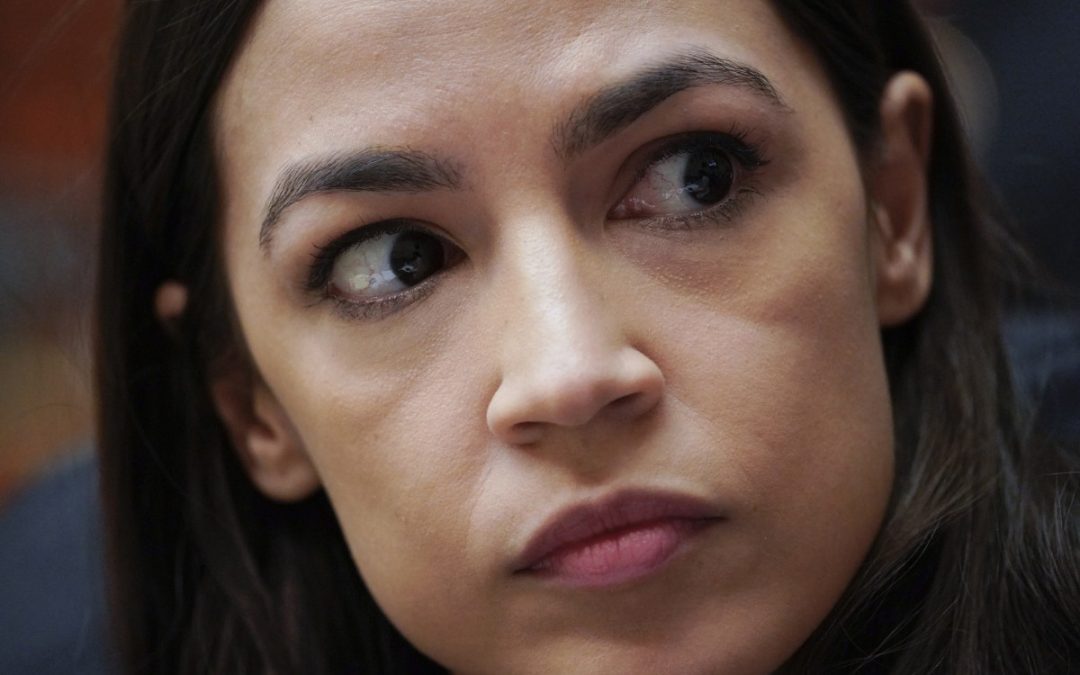 I VERY, VERY rarely post anything political or related to politics on my website, but this begs the exception. Please read the entire article Ocasio-Cortez privately warned centrist Democrats they’ll be ‘on a list’ for primary challenges if they vote with Republicans. From the article, “With the help of the middle-of-the-road Democrats, Republicans were able to tuck a provision into the mandatory federal background check bill that requires immigration authorities be alerted if an undocumented immigrant tries to buy a gun”. WHAT? This should be a non-partisan, agreed upon, logical fact. I’m a registered libertarian. What is the real agenda of those pulling the strings within the Democratic party? It’s not the safety or protection of America. The proof is crystal clear. Again, I’m not a political person. I’m a realist. I’ll bash any side at any time. Truth, this is crazy X10.

“This is not a day at the beach. This is the Congress of the United States,” the Speaker of the House said, according to a source in the room. Pelosi did not return requests for comment.

Progressives were outraged at this, faulting the centrists for enabling a provision that plays into the hands of President Trump’s anti-immigration agenda. Trent specifically said the measure “endangers immigrants.”

“Common sense doesn’t matter anymore. All that matters to them is scoring political points and taking down Trump by any means possible. Little do they know they are setting Trump up to be reelected.”

“Logic and analytical thought are at one end, politics the other. As a consummate observer, logic is not a common trait among modern So. Cal inhabitants. Unfounded reaction and liberal dogma is the preferred emotion. As I said, I’m an observer and this is what I see. Both parties are flawed. Money will always rule the day. The outcome of the next election will be determined by who puts out the message that resonates the best. Money spent will be a big part of that. Personally, I feel that special interest groups, in which there are MANY, will pander to their base and that will sway the election to the most socialist and liberal of candidates. I truly hope I’m wrong and logic prevails. I will not be surprised if my hopes are dashed. Alexandria Ocasio-Cortez is just a reflection of those that voted for her. That fact alone speaks volumes.”

“We’re the last generation that saw and experienced life before technology went full-force. We see life from many viewpoints. Kids today can’t as they never knew what we did. Kids today feel that shit’s owed to them. Why? What did they do to earn it? Nothing. But still, they feel entitled. I think we need to be better parents and reign our kids in a bit – if warranted. Just a thought.”

“The root of the problem is clearly a lack of good parenting but the nature of many school systems is also a huge part of the problem we now face, as they have stopped educating long ago and instead embarked on a program of indoctrination to a liberal-socialist ideology. The excuse has been to make schools more equal but the reality is that none of us are truly equal, and that is true in nature and true in life. Let’s be honest, some people are more book smart than others, some more street smart. Some people work hard, some are lazy as hell and don’t want to do anything. Some people are honest, some are dishonest. I could go on… Of course, these are extremes in the human condition and we use to have more people in between these ranges. Yet, the education system in most places indoctrinates the youth that everyone is the same and should be treated the same, regardless of effort, etc. That is the root cause of why socialism and communism fail as systems (although being good ideas on paper), as these systems take away one’s desire to excel, to be different. In the classroom, instead of pushing everyone to be the best the ‘liberal teachers’ dumb it down so much so nobody feels left out! They give out ‘participation awards’ and tell everyone non-stop how wonderful they are. The end result, you get more and more people coming out of the education system that can’t cope with real life. And why should they, as we have given them everything and made sure they can’t fail. And to be fair, some good educators still believe the system isn’t designed to pass everyone but to base the assessment on actual performance. The problem was deeply rooted in George Bush Jr’s Leave no child behind’ philosophy, which was transformed by the liberal teachers and their unions to ‘let’s dumb it all down so nobody can fail’! We did not have things rolled out like ‘common core’ for math and ‘phonics’ for reading that anyone with a brain can see isn’t about providing a good education but about making people more stupid! These systems are designed to create a mass of people that just can’t cope with reality, which explains why America lags in global tables for education! But that’s okay, as a certain class of people doesn’t want the youth to be intelligent enough to question logically things; they just want them to expect free stuff and obey. I have worked many years in education and I have seen firsthand the rot created by having so many people in education that shouldn’t be anywhere near an open mind! I have never ever sought to indoctrinate my students to any particular ideology but rather to develop their logic so they have the ability to think for themselves. As a teacher, I push all my students hard and let them know people succeed and fail, as in life, and that it is down to each of them via their efforts and performance to determine where they end up. If you ask my past students, most will tell you that I was one of the best teachers they ever had, because I not only pushed them to succeed but gave them a sound grounding in the necessary tools to do so. I am not tooting my own horn here. On the contrary, those students who lie, cheat, and/or don’t want to work might well tell you that I am the devil. My job as an educator isn’t to dumb it all down but to ensure that if you pass one of my courses you are actually proficient in the subject matter. To simply pass people and give out easy grades, as most of my colleagues do, to me is just plain gross negligence as well as dereliction of duty. When your an educator your job is still to work hard to help each of your charges to do well, but not to ensure they all pass. That is down to individual effort, and that in my humble opinion is where education has completely gone wrong! We are no longer preparing the youth for the rigors of the real world. On the contrary, we are creating docile sheep!”

“Liberal logic…cares more about beating Trump on any given issue, hating him more than they love America or its people. They are supposedly so concerned about guns, gun safety, gun laws…but they want immigrants to have access to them?! Same with babies, Dems vote NO to save the lives of babies who survive abortions but care about immigrant children being able to enter our country, to not be harmed and accepted?! The world is on its course, I’ll remain calm, keep my faith, be an aware citizen, and vote but I’ll never be triggered and I’ll never give up my character or common sense!”

“Thank God we have elections every few years. I have actually begun to appreciate the extreme positions of some of these folks. The more extreme the message the easier it is to assess and decide how much energy I want to expand supporting or fighting the message. Technology has made it easy to challenge social norms on a grand scale. And challenging the status quo is always a good thing. But, as quoted from Spiderman the movie, “With great power comes great responsibilities.” It’s the great responsibility part that I think future generations will have a hard time with. Good discussion.”