Biofilm Basics – What It Is and What Is Its Purpose 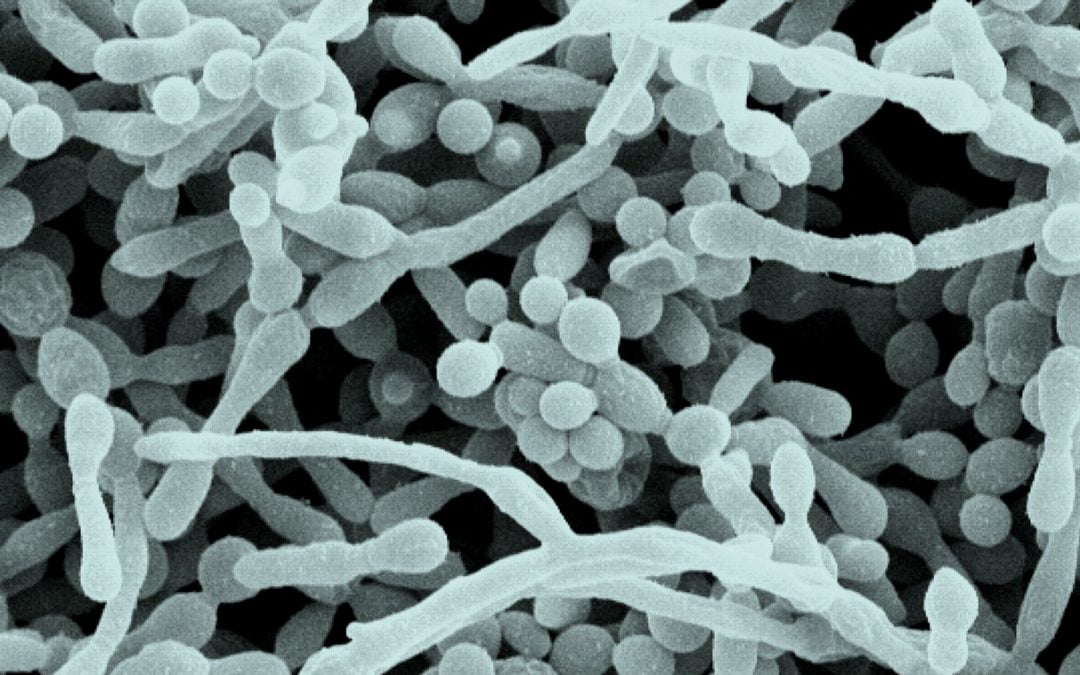 Microbial communities attached to surfaces (biofilms) were observed long before people had the tools to study them in detail. In 1684 Antony van Leeuwenhoek remarked on the vast accumulation of microorganisms in dental plaque in a report to the Royal Society of London: “The number of these animalcules in the scurf of a man’s teeth are so many that I believe they exceed the number of men in a kingdom.”

The study of microbes took an important turn in the mid-1800s when Robert Koch developed methods to create a solid nutrient medium in order to grow and isolate pure cultures of microorganisms. This development led to huge advances in medicine, agriculture, and industry. However, these advances were based on such a simplistic concept of microbial life that many ‘solutions’ generated by these techniques are now being reversed. Microorganisms have proved to be much more complex and less tractable than we ever imagined.

In a 1940 issue of the Journal of Bacteriology, authors H. Heukelekian and A. Heller wrote, “Surfaces enable bacteria to develop in substrates otherwise too dilute for growth. Development takes place either as bacterial slime or colonial growth attached to surfaces.” Claude ZoBell described many of the fundamental characteristics of attached microbial communities in the 1940s. In the late decades of the 20th century, numerous articles were written about microbial films or slime layers; German researchers sometimes used the term “Schmutzdecke.” As the unique properties of microbial communities vs planktonic microbes grew more apparent, it became helpful to use a special term to describe them. “Biofilm” was used colloquially among researchers for some years before it was considered a term acceptable for use in publication. The earliest use of “biofilm” in publication is in the Swedish journal Vatten: Harremoës, P. 1977. “Half-order reactions in biofilm and filter kinetics,” Vatten, 33 122-143. (If you know of an earlier publication with “biofilm” in it, please let us know; we would be happy to make a correction.)

In 1990, recognizing the significance of microbial activity, as well as the tremendous economic costs associated with microbial communities on surfaces, the US National Science Foundation founded the Center for Biofilm Engineering at Montana State University in Bozeman (though, interestingly, NSF would not initially accept the word “biofilm” in the Center’s name; instead the award funded the “Center for Interfacial Microbial Process Engineering”). Since that time, the field of biofilm research has exploded. New tools and techniques are continually pioneered to help understand the secrets of microbial community interactions. In addition to numerous research laboratories in the US, several groups study biofilms worldwide, including centers in Denmark, England, Germany, Australia, and Singapore.

Biofilm, what it is?

Most of you have never heard of the term “biofilm”, but you have certainly encountered “biofilm” on a routine basis. If you’ve ever been to the dentist and he’s scraped “plaque”, which causes tooth decay, off your teeth; that’s a type of bacterial biofilm. The “slime” that clogs your drains is also biofilm. The slippery coating on rocks, at the water’s edge of a stream or river, is just a  bacterial biofilm-coating. Pond-scum – a biofilm. If you’ve ever been diagnosed with Candida albicans; H. pylori; chronic sinus or prostate infection; or Lyme disease, chances are they’re living, hiding and replicating in a biofilm colony.

This is the best product for removing the bacterial biofilm that causes plaque – Biotene PBF Chewing Gum.

These microorganisms (biofilm colonies) are usually encased in an extracellular polysaccharide (*) that they themselves synthesize, via the release of signaling molecules through quorum sensing (QS). This glue-like substance allows them to anchor to all kinds of surfaces – such as metals, plastics, soil particles, medical implant materials such as pacemakers, and tissue. As long as sufficient moisture and nutrients are available, a bacterial biofilm can form just about anywhere. In your body that would be from your mouth, especially the teeth, through the stomach and GI tract, all the way down to the rectum. Biofilm in the environment can be found, most often, in ponds, streams, rivers, etc.  A biofilm can be formed by a single bacterial species, but more often than not, biofilms consist of many species of bacteria, as well as fungi/yeast, algae, protozoa, debris and corrosion products. Once anchored to a surface, biofilm microorganisms carry out a variety of detrimental or beneficial reactions, depending on the surrounding environment or body conditions.

(*) Extracellular polymeric substances, or EPS, are the slimy material that bacteria excrete and surround themselves with as they form biofilms. EPS are mostly water (up to 95%), but the remaining ingredients include a complex mixture of lipids, saccharides (sugars), and bacterial debris such as cell fractions, DNA, and proteins.

In the human body, biofilm colonies are the main reason that certain conditions take so long to get handled. In my opinion, if it were not for “biofilm”, conditions caused by the microorganisms – Candida albicans, Candida spp,  H. pylori, Lyme bacteria (Borrelia burgdorferi) and many others, would be far easier to diagnose and/or treat. It is crucial in any treatment protocol to first handle the biofilm.  By doing so, it will make a significant difference in the amount of time, money and effort spent on treating many, so-called, stubborn condition – like the above.

Biofilms are defined as a structured community of bacterial cells enclosed in a self-produced polymeric matrix and adherent to inert or living surfaces1. The ability to form a biofilm is a common trait of a diverse array of microbes, including lower order eukaryotes, with biofilms having been recognized as the dominant mode of bacterial growth1,2,3. Biofilms are the root cause of a variety of chronic infections such as lung infections in patients suffering from cystic fibrosis and infections related to indwelling medical devices such as ventilator-associated pneumonia in intubated patients, and urinary tract infection due to catheters1.

The National Institutes of Health estimated that 65% of all nosocomial infections are due to bacteria growing as biofilms and that biofilms are responsible for over 80% of microbial infections. Furthermore, the United States Center for Disease Control (CDC) estimated that biofilms are the etiologic agent in 60% of all chronic infections, including biofilms associated with cystic fibrosis (CF), burn wounds, and chronic wounds. Biofilm-related infections likely account for 1.7 million infections and 99,000 associated deaths, with over $7 billion spent annually on the treatment of nosocomial infections. The high infection and death toll has been attributed to the extraordinary resistance of biofilms to antimicrobial agents1,4,5, with biofilms having been reported to be up to 1000-fold less susceptible than their planktonic counterparts to various antibiotics6. In addition, biofilms have been reported to inhibit wound healing7,8,9. It is, thus, not surprising that biofilms have been reported to be refractory to conventional antibiotic treatment therapies1,4. For instance, while the development of antimicrobial burn creams was considered a major advance in the care of wound patients10, infections of wounds remain the most common cause of morbidity and mortality among the 6.5 million people suffering from wounds in the United States alone, causing over 200,000 deaths annually11,12. The most affected are people suffering from burn wounds, for which almost 61% of deaths are caused by infection10,13. Treatment failure has been primarily attributed to the principal wound pathogens Staphylococcus aureus and Pseudomonas aeruginosa and their ability to form biofilms in wounds1,4,5,10.

It is known that bacteria within biofilms are much less susceptible to antibiotics particularly because of poor antimicrobial penetration through a surface film that covers microbial community and inactivating role of extracellular matrix. Combined effects of DNase (Enzyme for digesting single and double-stranded DNA) and antibiotics on established biofilms of different unrelated bacteria were displayed. A Combination of antibiotics with DNase I resulted in a significant decrease of established biofilm biomass compared to the reduction of biomass achieved when antibiotics or DNase I were used alone.

Our results confirmed a possible existence of H. pylori in drinking-water biofilms.

Equine wound healing is notoriously problematic on the lower limb, specifically when biofilms are evident. Equine chronic wounds display similar characteristics to chronic wounds in humans thus these cases provide an effective model for human cases. Whether wounds are caused by trauma or surgery their high prevalence is of concern and treatment can be both challenging and costly. Biofilms are considered detrimental to normal healing in non-healing and infected chronic wounds because of their recalcitrant nature towards antimicrobial agents. Biofilms are also known to be resistant to the effects of the immune system. Because of this fact, more research in the area of chronic wounds and biofilms is warranted.

CONCLUSIONS: Biofilms were demonstrated to be present in 80% of the 30 patients undergoing surgery for chronic rhinosinusitis (CRS); none of the (control) patients without CRS had any evidence of biofilms.

Note: According to Andrew Foreman, B.M.B.S., Ph.D., and colleagues from the University of Adelaide in Australia, the most common bacteria reeking havoc in those experiencing CRS is Staphylococcus aureus (S. aureus).