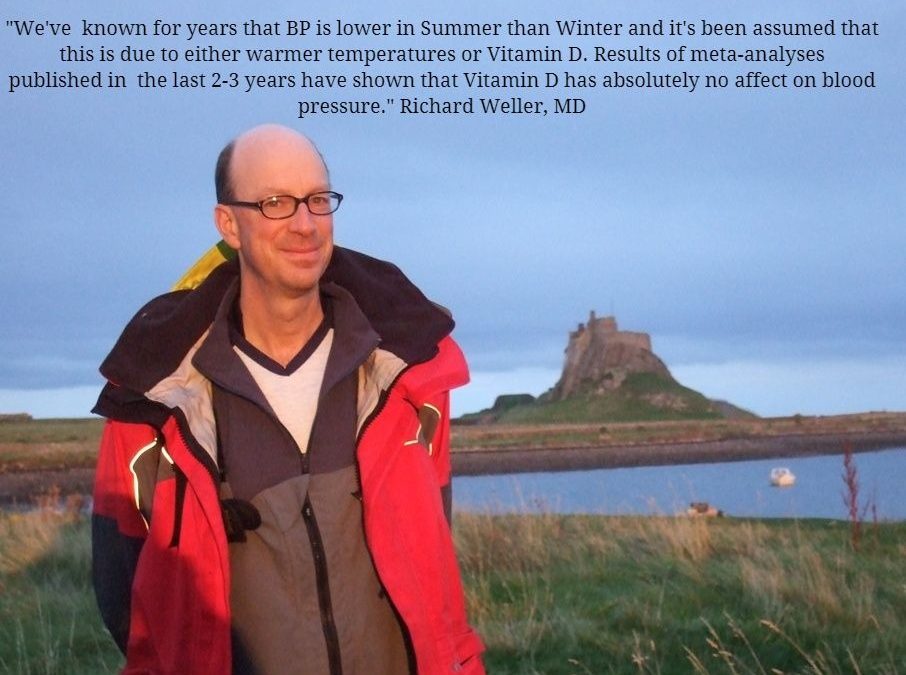 Patients undergoing dialysis experienced significant blood pressure reduction when exposed to solar ultraviolet radiation (UVA and UVB), regardless of environmental temperature, and was independent of vitamin D status. It’s all about the relationship between the sun, our skin, an amazing chemical compound Nitric Oxide, and its enzyme friend eNOS.

The incidence of hypertension and cardiovascular disease (CVD) correlates with latitude and rises in winter. Nitric Oxide (NO) metabolites are abundant in human skin and exposure to UVA mobilizes NO bioactivity into the circulation to exert beneficial cardiovascular effects (vasodilation), also independent of vitamin D.

Nice addition at the bottom of the article.

1. For melanoma it is even more confusing — epidemiological data suggest that chronic sun exposure (being an outdoor worker and being tanned) may be protective.
2. The intervening century has been spent researching almost entirely the adverse effects of sunlight, with no consideration for benefits, and yet we still don’t even have a dose-response curve for environmental UV and any form of skin cancer.

Referenced article – UVA, UVB exposure may lower BP in dialysis, regardless of outside temperature 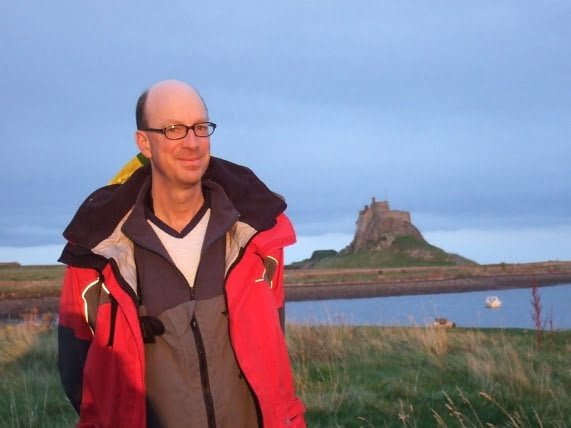 “In 1996 I made the first description of Nitric Oxide (NO) production on the skin surface. NO at the time was known to dilate blood vessels and thus help regulate blood pressure- work for which the discoverers received the Nobel Prize for Medicine or Physiology in 1998- but it was also involved in the control of a number of other functions. Initially working in Aberdeen and Edinburgh and then at Heinrich-Heine University, Dusseldorf, and the University of Pittsburgh I set out to uncover the role of this naturally produced NO in the skin. Following the standard dermatological dogma of the time, I spent my time in Germany and America looking at the effects of NO on keratinocyte (skin cell) survival after sun exposure. Although I was able to show the effects of NOS derived NO in inhibiting apoptosis in cell culture and murine models, I was unable to replicate this in man. Developing my work in Edinburgh on healthy volunteers, I was able to show that human skin contains large stores of nitrogen oxides (NOx) and that these are photo-reduced by UV radiation releasing NO to the circulation, with systemic effects, in particular lowering of BP. This work is summarised in a TED talk

Work from my group and with a number of international collaborators is now finding a growing number of physiological and homeostatic processes that are dependent on this UV-skin Nitric Oxide mobilization pathway. Partly spurred on by the discovery of this mechanism, the risk-benefit ratio for population sunlight exposure is being reconsidered in Europe, Australia, and the USA. It is becoming clear that Vitamin D synthesis is not the only sun-dependent homeostatic mechanism, and may in fact only account for a small part of health benefits attributed to sun exposure.”

5 Reasons Why We Need More Sun

Auguste Rollier Heliotherapy Then and Now