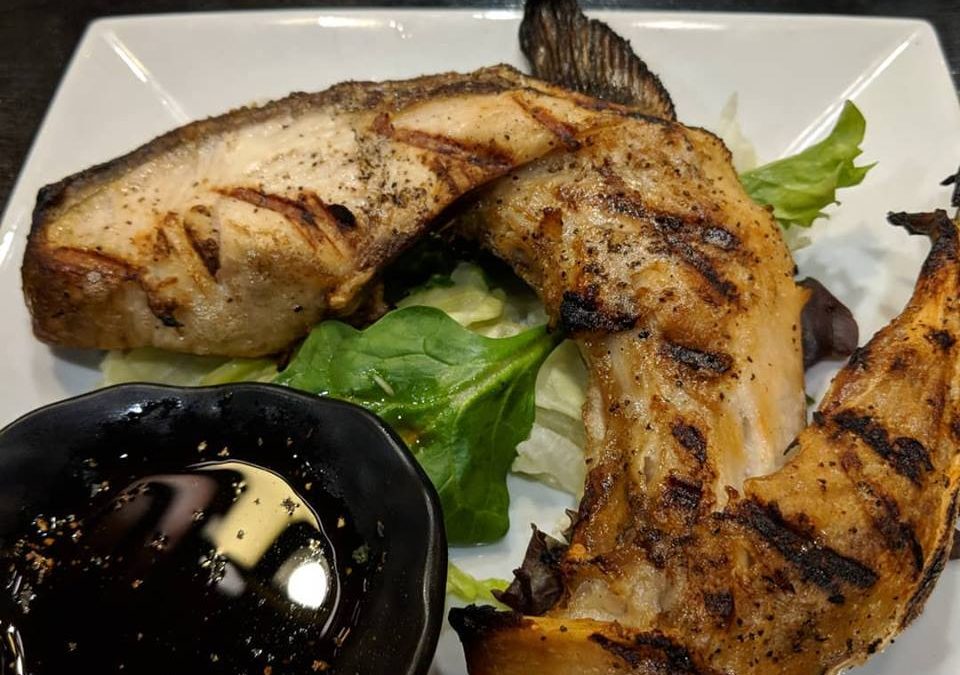 “Believing that eliminating seafood reduces human Bioaccumulation and yields a greater benefit to health than does eating it is not supported by fact.  The responsible step would be to study ALL the science(s) related to this topic. Only in that way can the pros and cons of bioaccumulation be put into the context of overall human health and disease.” Dr. Marcus Ettinger

Hormesis is any process in a cell or organism that exhibits a biphasic response to exposure to increasing amounts of a substance or condition. Within the hormetic zone, there is generally a favorable biological response to low exposures to toxins and other stressors.

Dr. Ettinger – The hierarchy of food, as medicine, has seafood at the top. At the bottom is, sorry to say, nut, seeds, beans, and grains. This not my opinion, but validated scientific fact. Do your research and you will see.

Other – I disagree, fish used to be health food now it is toxic because the ocean which is the sewer of the world.

Dr. Ettinger – False data my friend. I don’t have the time now but when I can I’ll post research on heavy metal and radiation in fish as a non-issue for our consumption. Hormesis and hormetic stressors may be a good thing to research. I will not argue this point because I have studied the facts. To repeat, seafood is the most important food that a human can consume – period.

Other – I wasn’t referring to the heavy metal toxicity of fish. 75% of fish in the ocean have plastic in their digestive tract at any given point in time. Since the ocean is filled with microparticles of plastic as well as massive amounts of farm and industrial chemicals, the fish have become storehouses for concentrating toxins.

Before you defend your belief I recommend that you research this aspect of toxicity in fish carefully. As a toxin expert, I have done so and I am fully convinced that fish can no longer be considered a healthy food because of the enormous levels of toxins that they ingest every day which bioaccumulates in their tissues.

Dr. Ettinger – First of all I am not defending or making light of our global mismanagement, reckless disposal and use of plastics and chemicals. I strongly encourage proper stewardship of our planet and responsible sourcing of food, personal care items, and household chemicals, as well as steps to reduce exposure and mitigate any detrimental effects to us that may happen along the way.

That said, I’m fully aware of plastics, metals, and toxins. Our entire food web and environment (Toxic Exposure: Chemicals Are in Our Water, Food, Air and Furniture) is saturated with toxins and don’t even get me started on fluoride (Fluoroquinolones: The Deadliest Antibiotics On The Market?). Show me a toxin-free diet. It does not exist. Even organic, unless hydroponically grown, contains glyphosate residues. Does that mean indoor hydroponic is the way to go? Not by a long shot. Food grown w/o full spectrum sunlight does not possess the quantum energy as sun-grown food does. Humans operate off light, water, and magnetism. To me, exposure to nnEMF, living in artificial blue light (laptops, LED light, cell phone, computer, and TV), and the avoidance of full-spectrum sunlight (IR, visible light, and UV) is the greatest precipitator of disease that man faces today. Your belief that eliminating seafood will yield a greater benefit to humans than does eating it is not supported by facts. The responsible step would be to study ALL the science(s) related to this topic. Only in that way can the pros and cons of bioaccumulation be put into the context of overall human health and disease.

Circadian biology, via melatonin, controlled by our purposeful interaction with our environment, indoors and outdoors, via light, water and magnetism, controls the functional ability of mitophagy and apoptosis. Basically the only two regeneration programs in our mitochondria. 1. Autophagy or mitophagy (organelle and protein recycling) and 2. Apoptosis (programmed cell death and replacement).

The more full spectrum Sun, from 290nm to 3200nm which includes ultraviolet, visible, near and far infrared wavelengths, we receive the more electrons and oxygen within our cells. The more electrons the greater our DC current. This equates to a greater net negative charge within the cell and the greater our redox potential. Meaning, the better our natural environment, the better we are able to inhibit and reverse disease and aging. This also controls how our cells deal with exposure to substances ingested such as food and all the substances they may contain.

Our mitochondria are the engines the run our body. Honestly, it’s more about how well the engine runs rather than the type of fuel that is put into the body. High DHA containing foods like oysters and salmon, and deuterium depleted fats like egg yolk and coconut meat when combined with aerobic exercise and copious amounts of full spectrum sunlight help our tiny engines to run at peak potential. 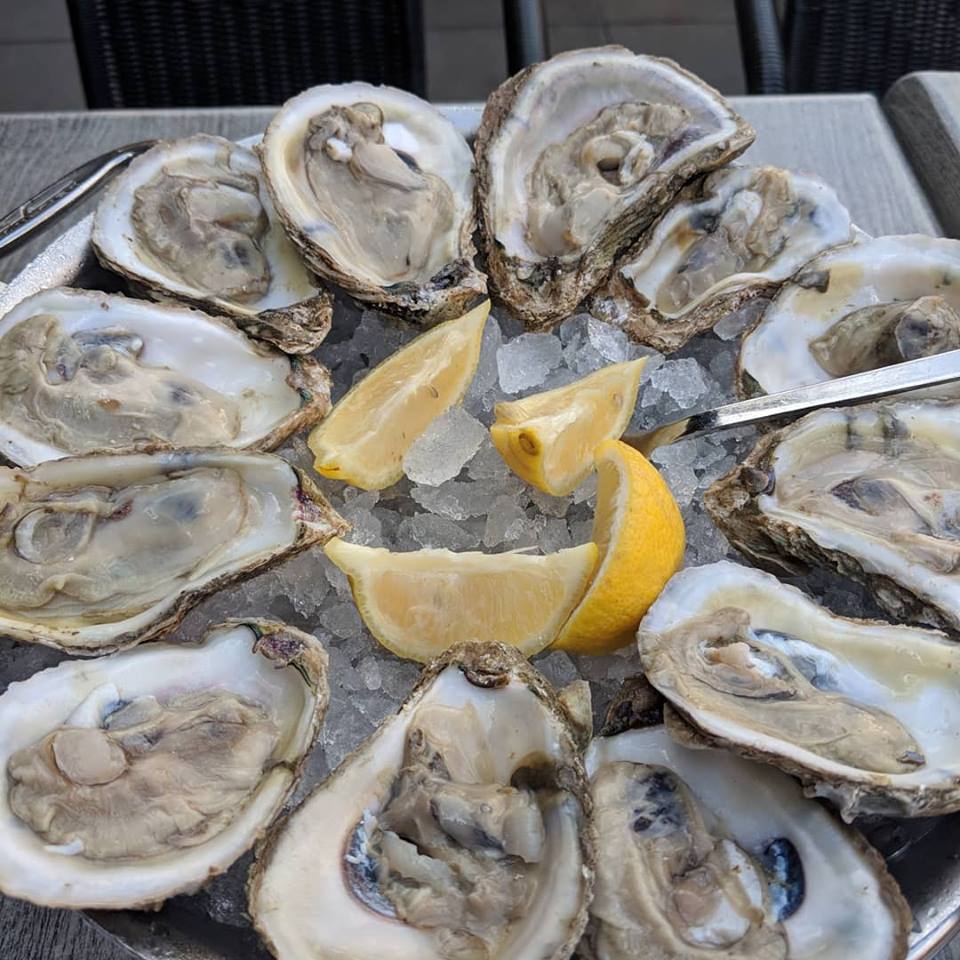 As an example, DHA is an essential fatty acid that is obtained from seafood. DHA is not made in sufficient quantities by ingestion of ALA from flax. Deficiency in docosahexaenoic acid (DHA) is associated with impaired visual and neurological postnatal development, cognitive decline, macular degeneration, and other neurodegenerative diseases (Cellular and molecular events mediated by docosahexaenoic acid-derived neuroprotectin D1 signaling in photoreceptor cell survival and brain protection). DHA also upregulates many beneficial genes and downregulates even more potentially harmful genes (Effect of docosahexaenoic acid-rich fish oil supplementation on human leukocyte function). Our brain is 20% DHA (seafood) and arachidonic acid (egg yolk, meat). The highest concentration of DHA in our body is in the retina. Why? DHA conducts light which controls our circadian rhythm, our primary driver of health. DHA was integral to the evolution and our continued success as a species (Nutritional Armor in Evolution: Docosahexaenoic Acid as a Determinant of Neural, Evolution and Hominid Brain Development – Michael A. Crawford). There is no nature-made, vegan source of DHA and laboratory, vegan, supplemental forms have been found to contain toxic aldehydes. Lastly, DHA is a 22 carbon chain molecule which yields the most ATP of any dietary fat at 148 per molecule. Carbohydrates 36-38 depending on who you read. Why would anyone knowing this about ATP (our energy molecule) choose regular grade gas (carbohydrates) over premium gas (DHA from fish)?

Now, as far as research goes, I was researching sauna detox as far back as 1991 when I did the Purification Rundown (3x over 3 years) as a short-lived Scientologist. Now as a 30-year practicing doctor and human biohack advocate, there isn’t a mitochondrial biohack I haven’t tried or researched. I even have both a Clearlight sauna (FIR) and a NIR sauna that I use almost daily.

We possess mechanisms, some known and some that will be known when proper technology is invented to discover them, that break down assimilate, sequester or process levels of toxic substances. Some of these, like radiation levels, can possibly possess beneficial hormetic stress.

Conclusions from these studies of atomic bomb survivors are:

Please show me one journal article on, “Bioaccumulation and it’s detrimental effects on human health”. I can’t find any. In 1.5 hours of researching, just now, and this is what I came up with.

While these chemical partitioning properties clearly influenced bioaccumulation at each trophic level, these effects tended to equalize over the food web. The fact that the transfer from the environment as a whole to humans was quite uniform over a large chemical partitioning space suggests that these partitioning properties are relatively unimportant determinants of human exposure compared to other factors such as the substance’s persistence in the environment and in the food web.

INTERPRETATION – We bioaccumulate from our food web as well as the environment. You can’t escape bioaccumulation.

Experimental data suggests that for some chemicals and under certain exposure scenarios, plastic debris may be a relatively important source of chemicals, including at environmentally relevant exposure concentrations. Toxicological studies in the laboratory demonstrate adverse effects from the combination of plastic and hazardous chemicals in fish and lugworms. Further research is warranted to better understand the mechanisms by which plastic-associated contaminants transfer to organisms and if the chemicals are biomagnified in higher trophic level animals leading to ecological consequences or even human health effects via consumption of contaminated seafood.

INTERPRETATION – We still don’t know exactly what is going to happen.

Annual Review of Environment and Resources – Plastic as a Persistent Marine Pollutant (2017)
4.4. Trophic Transfer and Bioaccumulation
However, plastics have also been found to work in the opposite direction in laboratory studies, reducing body loads or transfers from the environment. A key variable is the relative load of pollutants across the environment, the plastic in question, and the receiving organism, with transfers in differing directions depending on the situation. Correlative evidence from fish (64), seabirds (78), and mussels (79) does support the potential of plastics to cause bioaccumulation of environmental pollutants. However, it is still an open question how the increasing plastic burden of fish and shellfish will affect seafood consumers and human health.

INTERPRETATION – We still don’t have a definitive conclusion.

Except for brain-mercury (Hg), neither Hg nor organo-halogenated pollutants (OHP) in tissues are markers of toxic effects; however, deficits in neurobehavioral test-scores of children have been shown in some fish-eating populations. These deficits are transient and within normal range, and are not prodromes of neurological diseases. Although population studies show that consumption of fish at current levels of contamination do not explain neurological disorders, endocrine activity remains controversial.

INTERPRETATION – We still don’t have a definitive conclusion. 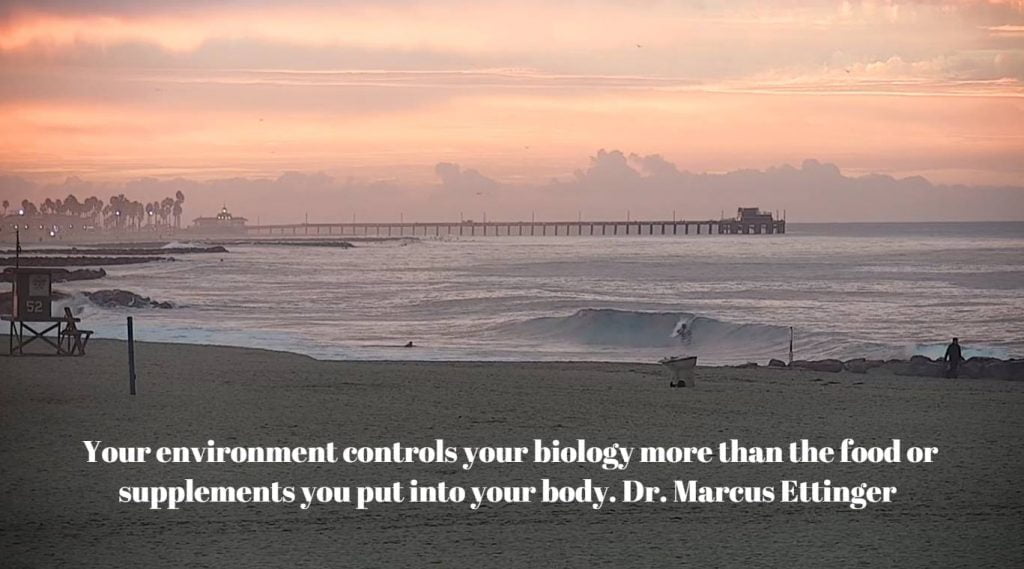