Quercetin is a protective phytochemical against 5G 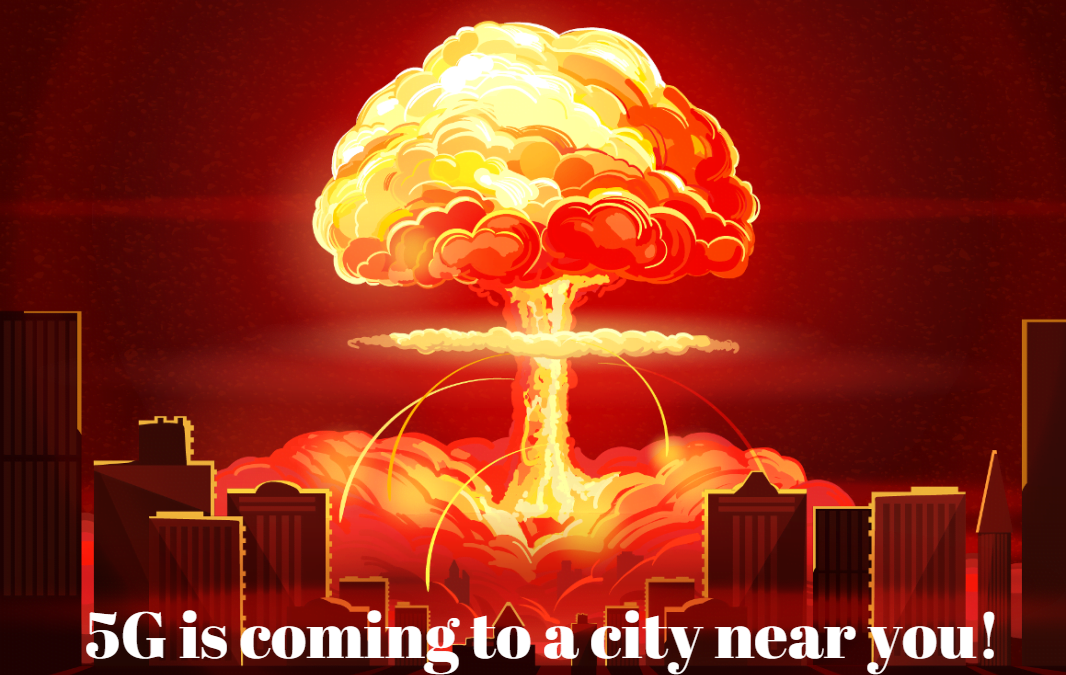 I Propose That Quercetin Is A Possible Protective Phytochemical Against 5G (mmWave) Microwave Radiation.

5G on Blood and Cells

“The single most important fact about 5G that nobody is talking about is called “phased array.” It will totally change the way cell towers and cell phones are constructed and will transform the blanket of radiation which has enveloped our world for two decades into a million powerful beams whizzing by us at all times.” Blake Levitt, author of Electromagnetic Fields. Another important fact about radiation from phased array antennas is this: it penetrates much deeper into the human body.

Quercetin (QN) efficiently inhibited (gamma* and UV) radiation-induced lipid peroxidation in human plasma and in peripheral blood lymphocytes and significantly decreased the genetic damage that would have otherwise been caused by exposure to harmful gamma radiation. It is believed that the antioxidant capacity of quercetin is due to its stabilizing effect on the cell membranes.[1]

*Gamma radiation is penetrating electromagnetic radiation arising from the radioactive decay of atomic nuclei. It consists of the shortest wavelength electromagnetic waves and so imparts the highest photon energy. (Think – nuclear bomb or Chernobyl disaster).

Another potent weapon against oxidative stress is Docosahexaenoic Acid (DHA). DHA is an omega-3 fatty acid found mainly in cold water fish (salmon, sardines, mackerel) and breast milk. DHA is a primary structural component of the human brain, cerebral cortex, skin, and retina (Human Primary Retinal Pigment Epithelial [RPE] Cells). Along with quercitin, DHA is another plasma membrane (cells and RBC’s)[2] and mitochondrial[3] membrane stabilizer. Seafood confers a far stronger benefit than would supplementation. Recent analysis has discovered aldehydes present in many vegan as well as fish derived DHA/EPA supplements. Aldehydes within these supplements can actually harm the membrane, which defeats the purpose.

A preconditioning (PC) stimulus is a sublethal or pharmacologic stressor that activates a counter-regulatory protective response to a future lethal stimulus. Since DHA is released during PC, and DHA, as well as its metabolic derivatives, have been shown to be protective, we wanted to examine whether DHA would enhance the protection bestowed by PC stimulus and whether a previous DHA supplementation would alter lipoxygenase-mediated eicosanoid and docosanoid synthesis. ARPE-19 and human primary RPE cells were exposed to PC-stimulus, with and without a previous 6-h treatment of DHA (200 nM), followed by lethal oxidative stress (OS). When exposed to PC-stimulus, both ARPE-19 and human primary RPE cells became resistant to the lethal OS, and when cells were supplemented with DHA (200 nM) 6 h prior to PC-stimulus (not during), the protection was enhanced. Since omega-3 PUFA impairments are associated with neuroinflammation, which contributes to neuronal cell dysfunction and death, enhancing the synthesis of docosanoids may provide an opportunity for halting or ameliorating debilitating retinal degenerative diseases (macular degeneration)[6].

Connected Devices and The Eye

Light-emitting diodes (LEDs) have been used to provide illumination in industrial and commercial environments. LEDs are also used in TVs, computers, smartphones, and tablets. Although the light emitted by most LEDs appears white, LEDs have a peak emission in the blue light range (400–490 nm). The accumulating experimental evidence has indicated that exposure to blue light can affect many physiologic functions. Blue light can also induce photoreceptor damage. Melanopsin and the RPE are just two of these extremely important receptors.

Melanopsin dysfunction has been linked to disruption of our circadian rhythm, altered metabolism, neurotransmitter production, the formation and progression of various disease states – neurodegenerative, cancer and autoimmune diseases. Photomechanical, photothermal, and photochemical damage from prolonged use of cell phones, tablets laptops and LED lights have been linked to damage of the retina and retinal pigmented epithelium (RPE).

Prolonged use of blue light devices and exposure to artificial blue light (LED’s) will induce the production of reactive oxygen species (ROS) leading to oxidative damage within the RPE. This can lead to the accumulation and build-up of lipofuscin pigment in the RPE. The build-up of lipofuscin in the RPE can affect the ability of the RPE to provide nutrients to the photoreceptors, affecting photoreceptor viability. Moreover, when lipofuscin absorbs blue light, the material becomes phototoxic, which can lead to further damage in the RPE and in the photoreceptors. This process may lead to photoreceptor death, development of age-related macular degeneration (AMD) and suppression of melatonin levels.[4]

Quercetin is able to protect human RPE cells from oxidative damage and cellular senescence* via multiple chemical pathways.[5] *Senescence is the condition or process of deterioration with age or loss of a cell’s power of division and growth.

Increasing one’s redox potential (think antioxidants) through the mechanism of solar redox, aka human photosynthesis increases endogenous (cellular) H+, which is nature’s greatest, most abundant, and most powerful antioxidant.

5G is coming. Will you be prepared or will you be one of the billions of humans in the newly created microwave oven, known as Earth?