The True Cause of Alzheimer’s? 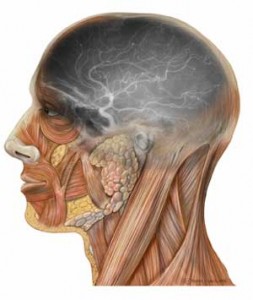 Yesterday a study came out (Amino Acid Linked To Alzheimer’s) claiming a possible link between an increased risk for developing Alzheimer’s and the high consumption of a component of certain proteins, an amino acid – L methionine.  The study suggests that a diet rich in red meats, fish, beans, eggs, garlic, lentils, onions, yogurt and seeds can increase ones risk.  The overall hypothesis is that excess methionine is converted into a bad-actor homocysteine. Homocysteine has been linked to an increased rick for the development of dementia, cardiovascular disease and stroke.

Commentary: I have to take issue with this study.  One because it is going to scare, needlessly, a lot of people and second, because it failed to include lifestyle, genetics, geographic location and other beneficial dietary factors (homocysteine reducing nutrients – fruits and vegetables), into of the overall Alzheimer’s equation, that could lesson or even negate the negative impact from eating only this type of diet.  This study is solely one of, “let’s see what will happen to a bunch of mice if we only feed them….” I am sure that adding the above factors into their final conclusion would most likely have negated their findings.

Now, let’s take a look at a population group  that has the lowest rate per of Alzheimer’s in the world, Northern India – specifically the state of Haryana.  The other northern states, Madhya Pradesh, Uttar Pradesh, Punjab, Himachal Pradesh, Jammu and Kashmir also have very low per capita rates of Alzheimer’s.   Why is this?  Well, it’s not from a lack of consuming the above foods, because these foods just so happen to be staples in their diet.

Let’s look at the dietary habits of North India.  The cuisine of Northern India can be broken down into these regional styles: Punjabi cuisine, Mughlai/Moghul cuisine, cuisine of Kashmir, Awadhi cuisine, cuisine of Uttar Pradesh, Rajasthani cuisine, Bhojpuri cuisine, Bihari cuisine, and Sindhi cuisine.  The commonality between these regional styles is the proportionally high use of meat (chicken, lamb/mutton, goat and no pork); dairy products (milk, yogurt and cheese/paneer); flat breads (the primary dietary starch) some tandoor/griddle (roti/chapati, naan, parantha) and some deep-fried in oil (puri/poori and bhatoora); many varieties of lentils/dal;  seasonal vegetables; fresh fruit (apples (apples, cherries, plums and strawberries); Nuts (pistachios, almonds); seeds/spices (cloves, cumin, cinnamon, cardamom ghee, Garam masala, sesame, turmeric [curcumin], onion, garlic, ginger and bay leaves, fennel, coriander, nutmeg, and paprika); and the samosa.  The samosa is a popular North Indian snack.  Commonly filled with boiled, fried, or mashed potato and other fillings like minced meat, cheese, mushroom, and chick pea.  (Due to sub-cultures and climate extremes within these geographic regions there will always be exceptions/exclusions to my ingredient list above).

Conclusion: Per this recent study and the fact that the diet of the Northern Indian population, which is rich in red meats, lentils, onions, garlic, yogurt and seeds, you would expect that there would be a high, per capita rate of Alzheimer’s; well, there isn’t.  In fact it’s the lowest in the world!

Let’s take a look closer to home.  The rate of Alzheimer’s in the United States is far higher than Northern India, but again based on the above study, lets look it the correlates to real life.  Below are the top ten states and bottom ten sates for rates of Alzheimer’s disease deaths  per 100,000 residents (source).

The top 10 states with the highest rates of Alzheimer’s disease deaths are:

The top 10 states with the lowest rates of Alzheimer’s disease deaths are:

So, obviously there must be another or other factors, besides excess methionine, that’s contributing to their predilection for developing Alzheimer’s disease.  My thought’s are that a lack of  vitamin D, magnesium, omega 3 fatty acids (EPA/DHA), fresh fruits, fresh vegetables, exercise, chiropractic adjustments, continual engagement in intellectual activities (chess, crossword puzzles, social interaction…) and prolonged smoking are all predisposing/contributing factors.

Basically what this all proves, is that sensational research studies like this, translated into real world applications, which they don’t – are bull shit.

If you are interested in taking proactive steps that may protect you from developing neurodegenerative diseases like Alzheimer’s, dementia, Parkinson’s, MS and others, please contact our office in orange, California.  FYI: It is not required that clients come directly to the office to receive help. Call Dr. Marcus Ettinger for more information 714-639-4360

There are also many dietary, nutritional and exercise actions that can be taken even if someone is already experiencing one of the above conditions.  The sooner these steps are implemented the better the overall results will be.  Time is of the essence when it comes to neurodegenerative type conditions.

Scarmeas and colleagues investigated the association between amount of physical activity, alone or in combination with adherence to a Mediterranean-type diet, and incidence of Alzheimer disease (AD). For a mean of 5.4 years, the investigators followed 1880 community-dwelling, nondemented elders in New York City. Approximately every 1.5 years, participants completed physical-activity and food-frequency questionnaires and underwent cognitive and clinical assessments to determine dementia onset. A total of 282 participants developed AD. After adjustments for multiple confounders (including age, education, sex, ethnic background, presence of apolipoprotein E ε4 gene, baseline cognitive function, body-mass index, caloric intake, leisure activities, medical comorbidities, and smoking), the risk for AD was lower in participants with a high diet score (hazard ratio, 0.60), high physical activity (HR, 0.67), or both (HR, 0.65).