When Nature Is Nutrition There Is Health 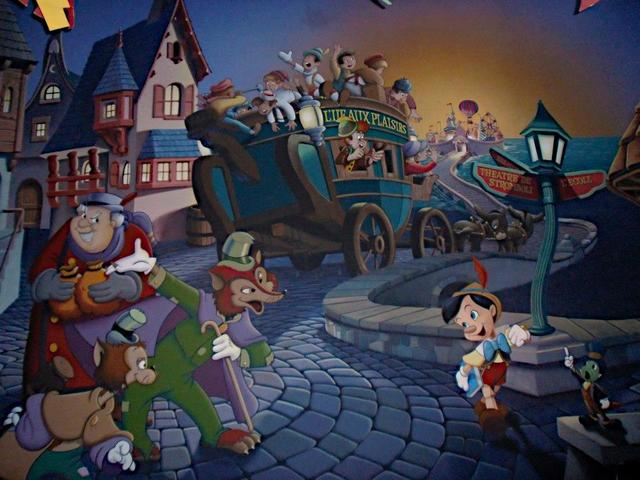 Nutrition and nature are one and the same. If nature is removed from the food we eat, disease and malnutrition will be the eventual manifestation. Only when nature is the bulk of our diet can we expect health to be part our life and livingness.

“Today, patients pay their doctors to tell them what’s wrong with them, rather than to fix them.” Dr. Ettinger

The removal of nature from our diet has been overtly and covertly perpetrated since the TV dinner was introduced to housewives across America, by Swanson, in 1953. The bulk of our population doesn’t seem to notice, recognize or care about this blatant effort to negatively influence our health. There is no profit in health, only sickness. With the public numb to food advertiser’s hypnotic influence, the insidious result is a pandemic of obesity and all the health complications that come with it.

Whether you recognize it or not, the idea of eating a freshly cooked meal at home is being phased out of our culture. Cooking for yourself is now promoted a drudgery, a chore, and a time sucker.

In 1900, the typical woman spent 44 hours preparing meals and cleaning up after them. In the 1920’s that dropped to 30 hours per week. By the 1950’s an additional 10 hours was shaved off that to 20 hours per week. Fast forward to 1975 and food preparation and clean up was down to 10 hours per week. As of today, according to Harry Blazer, fresh food consultant, the average American spends less than 30 minutes each day, preparing and cooking food. We now spend almost 45% of our food dollars eating out, and that is projected to increase as millennials age. With that is the expectant rise in obesity, diabetes, Alzheimer’s and other degenerative diseases.

The removal of nature from our diet is being groomed, styled and sold as a new and preferred lifestyle. “You are busy, clever, sophisticated, and keep your life and your priorities in perspective. So, why would you consider spending your precious time making coffee or cooking, when we have already done all the work for you. Just open our jar, box or can. Or better yet,  drive up to the window at one of our fast food kiosks. We’ve made exactly what we want you to think is food, so you don’t have to.”

The food industry airs commercials selling you a Wall Street created a lifestyle, not health. Fast food is an invented lifestyle, not a fast, healthy, nutrition choice. American’s have embraced this lifestyle choice with open arms, mouths, and wallets. The food industry has a vested interest in eliminating our traditional food culture, the one our grandparents knew. Switching, “from-scratch” to the manicured version Wall Street advertisers have created for us, “prepared, preserved, enhanced, colored, flavored, and fortified.”

Mother Nature is not part of Wall Street.

Mother Nature never gets invited to sit at the boardroom table. It’s primarily the food industry shareholders and executives who decide on what you and I are to believe is healthy and nutritious. Quick, easy, and very profitable over healthy, nutritious and narrow profit margin. Which has more value to you and your family?

There is nothing that can come out of a fast food establishment, box, jar or can that will ever take the place of what Mother Nature has already in place for us here. We are as much a part of Mother Nature as we put Mother Nature in us. Believe me, I have had many plastic, synthetic people in my practice, and it wasn’t a result of a bad plastic surgery procedure. Mother Nature was just not part of their lives.

Nature does not have control over what we eat, but we do. A choice is the only thing we do have absolute control over. Knowing that fact should make “health” the obvious choice over “disease.” Once that choice is made, an action is needed to reap the benefits. The action is simple and straight forward. Only buy what comes from Mother Earth, in its natural state. There are exceptions and should appear fairly obvious like packaged butter or freshly jarred vegetable juice… If it’s prepared, with more than water and salt, and presented to you in a box, jar, can or Styrofoam container, leave it alone. By doing so, health and vitality will be the reward.

As more of us move away from the food industries version of human nutrition to Mother Nature’s version, nature and natural will move back into fashion.

Nutrition is nature and nature is nutrition. The combination is health. Health is not a guaranteed right given to us at birth. Health has to be earned and maintained with diligent effort, daily, for life.

Mother Nature has our back, the food industry does not. The choice is ours to make – Mother Nature and health or Wall Street and disease.

I will leave you with a short story. We live in a world today not too dissimilar to that of Pleasure Island. Pleasure Island is the cursed amusement park seen in the story Pinocchio, where mischievous young boys get turned into donkeys. Pleasure Island, like our modern society, is actually a trap. Once the boys, like us, had enough time being bad, smoking, drinking, fighting, wrecking the place and engaging in acts no good child would do, they would turn into donkeys – after they made “jackasses” of themselves. The reality is, we are doing the same thing through our dietary and lifestyle choices. Instead of being turned into donkeys, we are becoming cancerous, obese and diseased. We all have the same choice, (A) Mother Nature and health or (B) Paradise Island and………..

I’ve been helping people get out of pain, in my office and as distance clients, for over 28 years. There is no case too complicated. This is not only my job but my hobby as well. I’m sure I feel the same level of excitement when treating a difficult case as a golfer may when getting to play Pebble Beach or Augusta National. The bottom-line is, I’m passionate about uncovering what’s going on inside your body and fixing it.