Antiviral and Antibacterial Actions of Monolaurin and Lauric Acid

I hope my write-up on Monolaurin / Lauricidin / Lauric Acid is informative and helpful. If you have questions about this or a particular condition or would like information on how to become a distance client – Distance Client Program, please feel free to contact my office. Advanced Healing Center of Orange County, the practice of Dr. Marcus Ettinger. Phone: 714-639-4360, Mail: 630 South Glassell Street #103. Orange, CA 92866.

What is Monolaurin and Lauric Acid?

Lauric acid is a 12-carbon medium-chain fatty acid (MCFA) found naturally in human breast milk (6.2% of total fat) and coconut oil (47.5% by weight). Lauric acid was originally discovered when microbiologists studied human breast milk to determine the protective (antiviral and antibacterial) substances which protected infants from microbial infections. Other fatty acids were also found to have antimicrobial actions but lauric acid was found to be the most active. Lauric acid is able to disrupt the cell membrane of gram-positive bacteria by physicochemical (physical and chemical) processes. Once inside the cell, it can interfere with bacterial cell signal transduction and gene transcription processes. Its activity is generally better at low pH and is diminished by Mg2+ and Ca2+

A chemical reaction, known as esterification¹, combines lauric acid and glycerol to yield an amazing compound known as monolaurin (glycerol monolaurate). This reaction can occur within our body and in a laboratory. Monolaurin acts as a surfactant², which possesses an even greater antiviral and antibacterial activity than its precursor, lauric acid. Monolaurin, when given orally, at therapeutic doses between 2,500 – 9,000 mg/day is generally well tolerated, with loose bowels as the only negative concern. Monolaurin has been extensively studied at medical research centers, including the Center for Disease Control (CDC), because of its high antimicrobial (antiviral, antibacterial, antifungal, anti-yeast, and antiprotozoal) activity. These studies have provided information about the antiviral and antibacterial mechanisms of monolaurin. Monolaurin was found to be effective against certain Lipid Coated Bacteria (LCBs) and Lipid Coated Viruses (LCVs) – enveloped DNA and RNA viruses.

¹Esterification: Esterification is the generic term for the chemical reaction in which two reactants (typically an alcohol and an acid) form an ester as the reaction product. Esters are common in organic chemistry and biological materials and often have a characteristic pleasant, fruity odor. This leads to their extensive use in the fragrance and flavor industry
²Surfactant: Surfactants are compounds that lower the surface tension of a liquid, allowing easier spreading, and lowering of the interfacial tension between two liquids, or between a liquid and a solid. Surfactants may act as detergents, wetting agents, emulsifiers, foaming agents, and dispersants. 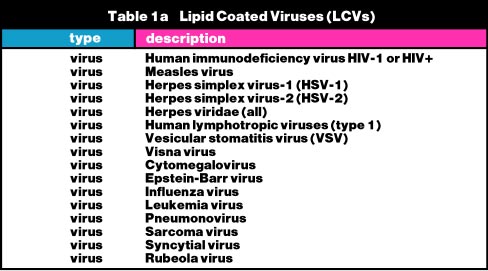 There is a link between herpes (herpesvirus 1-6 ) and Lyme disease.

The antiviral and antibacterial action attributed to monolaurin is that of making soluble the fats in the protective envelope, causing the disintegration of the microbial membrane. This process works more efficiently when combined with metal chelating agents, such as EDTA and lactoferrin, and mucolytics, like NAC and guaifenesin. Recent publications have shown that monolaurin and lauric acid inhibit the replication of viruses by interrupting the communication and binding of the virus to host cells and thus preventing the uncoating of viruses necessary for replication and infection. Other studies have shown that monolaurin is able to remove all measurable infectivity by directly disintegrating the protective bacterial and viral lipid envelope. Binding of monolaurin to the viral envelope also makes the virus more susceptible to degradation by host defenses, heat, or ultraviolet light. (Projan et al 1994, Hornung et al 1994, Witcher et al, 1993)

Monolaurin and Lauricidin were one of the first components of my biofilm protocol when I developed it, for the natural treatment of H. pylori, back in 2007. Since then I have found it to be an indispensable supplement in my practice.

Monolaurin, Lauricidin and Lauric Acid In The News

New, safe antimicrobial agents are needed to prevent and overcome severe bacterial, viral, and fungal infections. Based on our previous experience and that of others, we postulated that herbal essential oils, such as those of origanum, and monolaurin offer such possibilities. We examined in vitro the cidal (def. killing, as in bactericidal) and/or static effects of oil of oregano, several other essential oils, and monolaurin on Staphylococcus aureus, Bacillus anthracis Sterne, Escherichia coli, Klebsiella pneumoniae, Helicobacter pylori, and Mycobacterium terrae. Origanum (oregano) proved cidal to all tested organisms with the exception of B. anthracis Sterne in which it was static. Monolaurin was cidal to S. aureus and M. terrae but not to E. coli and K. pneumoniae. Unlike the other two gram-negative organisms, H. pylori were extremely sensitive to monolaurin. Similar to origanum, monolaurin was static to B. anthracis Sterne. Because of their longstanding safety record, origanum and/or monolaurin, alone or combined with antibiotics, might prove useful in the prevention and treatment of severe bacterial infections, especially those that are difficult to treat and/or are antibiotic-resistant (also see biofilm, as a source of antibiotic resistance).

Note: Monolaurin has been shown to inactive many forms of bacteria and viruses that are protected by an outer lipid membrane, known as an envelope (H. pylori cell envelope). The mechanism is due to monolaurin’s ability to aid in the disintegration of this lipid membrane.

The Potential of Coconut Oil and its Derivatives as Effective and Safe Antiviral Agents Against the Novel Coronavirus (nCoV-2019) Posted on January 31, 2020

As we write this, the World Health Organization has declared a global emergency over the novel coronavirus, nCoV-2019, that has spread beyond China. There is still no cure for nCoV-2019. nCoV-2019 has been shown to be related to SARS (Zhou et al., 2020), a coronavirus which caused an outbreak in 2003. Several researchers have been designing drugs to specifically target protease enzymes in coronavirus, but testing for these drugs is many months away. What if there is a treatment candidate against the coronavirus that might already be available and whose safety is already established?

Lauric acid (C12) and monolaurin, its derivative, have been known for many years to have significant antiviral activity. Lauric acid is a medium-chain fatty acid which makes up about 50% of coconut oil; monolaurin is a metabolite that is naturally produced by the body’s own enzymes upon ingestion of coconut oil and is also available in pure form as a supplement. Sodium lauryl sulfate, a common surfactant that is made from lauric acid, has been shown to have potent antiviral properties. Lauric acid, monolaurin, and sodium lauryl sulfate (which is also known as sodium dodecyl sulfate) are used in a wide range of products for their antiviral properties.

Three mechanisms have been proposed to explain the antiviral activity of lauric acid and monolaurin: first, they cause disintegration of the virus envelope; second, they can inhibit late maturation stage in the virus replicative cycle; and third, they can prevent the binding of viral proteins to the host cell membrane.

1. Disintegration of the virus membrane. The antiviral activities of lauric acid and monolaurin were first noted by Sands and co-workers (1979) and later by Hierholzer & Kabara (1982). In particular, Hierholzer & Kabara showed that monolaurin was able to reduce infectivity of 14 human RNA and DNA enveloped viruses in cell culture by >99.9%, and that monolaurin acted by disintegrating the virus envelope. Thormar and co-workers (1987) confirmed the ability of lauric acid and monolaurin to inactivate viruses by disintegration of the cell membrane. Sodium lauryl sulfate has been shown to be able to solubilize and denature the viral envelope (Piret 2000, 2002).

2. Inhibits virus maturation. The Junin virus (JUNV) is the causative agent of Argentine hemorrhagic fever. In a comparison among the saturated fatty acids from C10 to C18 against JUNV infection, Bartolotta and co-workers (2001) showed that lauric acid was the most active inhibitor. From mechanistic studies, it was concluded that lauric acid inhibited a late maturation stage in the replicative cycle of JUNV. From transmission electron microscope images, JUNV is an enveloped virus featuring glycoproteins that are embedded in the lipid bilayer forming viral spikes (Grant et al., 2012); this is similar to nCoV-2019.

3. Prevents binding of viral proteins to the host cell membrane. Hornung and co-workers (1994) showed that in the presence of lauric acid, the production of infectious vesicular stomatitis virus was inhibited in a dose-dependent and reversible manner: after removal of lauric acid, the antiviral effect disappeared. They observed that lauric acid did not influence viral membrane (M) protein synthesis, but prevented the binding of viral M proteins to the host cell membrane.

Although lauric acid accounts for much of the reported antiviral activity of coconut oil, capric acid (C10) and monocaprin have also shown promising activity against other viruses, such as HIV-1 (Kristmundsdóttir et al., 1999). Capric acid accounts for about 7% of coconut oil. Thus, at least two fatty acids in coconut oil, and their monoglycerides, have antiviral properties. Hilarsson and co-workers (2007) tested virucidal activities of fatty acids, monoglycerides and fatty alcohols against respiratory syncytial virus (RSV) and human parainfluenza virus type 2 (HPIV2) at different concentrations, times and pH levels. They reported the most active compound tested was monocaprin (C10), which also showed activity against influenza A virus and significant virucidal activities even at a concentration as low as 0.06-0.12%.

Use of coconut oil and C12 derivatives in animals and humans

Coconut oil and its derivatives have been shown to be safe and effective antiviral compounds in both humans and animals. Because of the antiviral and antibacterial protection that it provides to animals, coconut oil, as well as lauric acid and monolaurin, is used in farm animals and pets as veterinary feed supplements in chicken, swine and dogs (Baltic et al., 2017). Monolaurin has been shown to effectively protect chicken against avian influenza virus (van der Sluis, 2015). Li and co-workers (2009) prepared a gel containing monolaurin and found it to be highly active against repeated high viral loads of Simean immunodeficiency virus in macaques and Kirtane and co-workers (2017) developed a 35% gel of monolaurin for application in the female genital tract to protect against HIV. Sodium lauryl sulfate (SLS) has been used at low concentrations to inactivate viruses in milk of farm animals (de Sousa et al., 2019). SLS is the active constituent in commercial disinfecting wipes and standard laboratory disinfectants, and is an emulsifying agent and penetration enhancer in pharmaceutical preparations.

Coconut oil itself has been shown to have anti-HIV properties in small clinical studies. The first clinical trial using coconut oil (45 mL daily) and monolaurin (95% purity, 800 mg daily) against HIV-AIDS was conducted in the Philippines. This study involved 15 HIV patients, aged 22 to 38 years, 5 males and 10 females, for 6 months. There was only one fatality and 11 of the patients showed higher CD4 and CD8 counts after 6 months (Dayrit, 2000).

Several in vitro, animal, and human studies support the potential of coconut oil, lauric acid and its derivatives as effective and safe agents against a virus-like nCoV-2019. Mechanistic studies on other viruses show that at least three mechanisms may be operating.

Given the considerable scientific evidence for the antiviral activity of coconut oil, lauric acid and its derivatives and their general safety, and the absence of a cure for nCoV-2019, we urge that clinical studies be conducted among patients who have been infected with nCoV-2019 (see below). This treatment is affordable and virtually risk-free, and the potential benefits are enormous.

On the other hand, given the safety and broad availability of virgin coconut oil (VCO), we recommend that VCO be considered as a general prophylactic against viral and microbial infection.

We can propose that a clinical study be conducted on patients infected with nCoV-2019 accordingly: 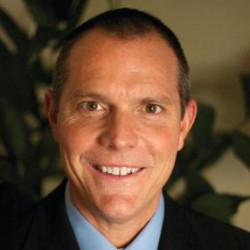